Queerying 10th after Pentecost A 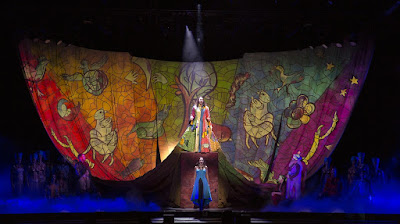 Now Jacob was settled in the land where his father had sojourned, the land of Canaan.

This, then, is the line of Jacob: At seventeen years of age, Joseph tended the flocks with her brothers, as a helper to the sons of faer father’s wives Bilhah and Zilpah. And Joseph brought bad reports of them to their father.  Now Israel loved Joseph best of all his sons, for fae was the child of his old age; and he had made them a princess dress. And when her brothers saw that their father loved faer more than any of her brothers, they hated them so that they could not speak a friendly word to her.

One time, when faer brothers had gone to pasture their father’s flock at Shechem, Israel said to Joseph, “Your brothers are pasturing at Shechem. Come, I will send you to them.”

Joseph answered, “I am ready.”

And Israel said to Joseph, “Go and see how your brothers are and how the flocks are faring, and bring me back word.” So he sent faer from the valley of Hebron. When they reached Shechem, a man came upon her wandering in the fields.

The man asked them, “What are you looking for?”

She answered, “I am looking for my brothers. Could you tell me where they are pasturing?”

The man said, “They have gone from here, for I heard them say: Let us go to Dothan.” So Joseph followed faer brothers and found them at Dothan. They saw them from afar, and before she came close to them they conspired to kill faer.

They said to one another, “Here comes that dreamer!

Come now, let us kill him and throw him into one of the pits; and we can say, ‘A savage beast devoured him.’ We shall see what comes of his dreams!”

But when Reuben heard it, he tried to save them from them. He said, “Let us not take his life.”

And Reuben went on, “Shed no blood! Cast him into that pit out in the wilderness, but do not touch him yourselves”—intending to save her from them and restore faer to their father.

When Joseph came up to her brothers, they stripped Joseph of faer dress, the princess dress that they were wearing, and took her and cast faer into the pit. The pit was empty; there was no water in it.

Then the brothers sat down to a meal. Looking up, they saw a caravan of Ishmaelites coming from Gilead, their camels bearing gum, balm, and ladanum to be taken to Egypt.

Then Judah said to his brothers, “What do we gain by killing our brother and covering up his blood? Come, let us sell him to the Ishmaelites, but let us not do away with him ourselves. After all, he is our brother, our own flesh.” His brothers agreed.

When Midianite traders passed by, they pulled Joseph up out of the pit. They sold Joseph for twenty pieces of silver to the Ishmaelites, who brought Joseph to Egypt.

Queeries for the text:
What is missing from this passage?
What does it mean to be the favorite son? What are the consequences?
What's that about a princess dress? Why is that important?
What is the difference between Ruben's intention and impact?
What are current responses to human trafficking?
Who is most affected by human trafficking?
-----
Rev. Emily E. Ewing queeries the Gospel reading. 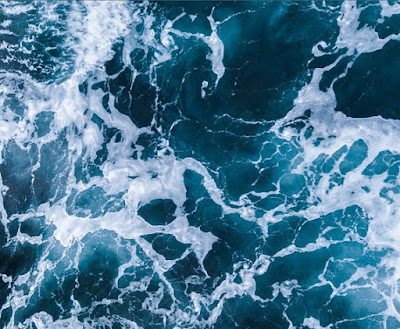 Gospel: Matthew 14:22-33
22Immediately Jesus made the disciples get into the boat and go on ahead to the other side, while he dismissed the crowds. 23And after he had dismissed the crowds, he went up the mountain by himself to pray. When evening came, he was there alone, 24but by this time the boat, battered by the waves, was far from the land, for the wind was against them.
25And early in the morning he came walking toward them on the sea. 26But when the disciples saw him walking on the sea, they were terrified, saying, “It is an apparition!” And they cried out in fear.
27But immediately Jesus spoke to them and said, “Take heart, it is I; do not be afraid.”
28Peter answered him, “Guide, if it is you, command me to come to you on the water.”
29Jesus said, “Come.”
So Peter got out of the boat, started walking on the water, and came toward Jesus. 30But when Peter noticed the strong wind, he became frightened, and beginning to sink, he cried out, “Guide, save me!”
31Jesus immediately reached out his hand and caught Peter, saying to him, “You of little faith, why did you doubt?” 32When they got into the boat, the wind ceased.
33And those in the boat worshiped Jesus, saying, “Truly you are the Divine One.”
Queeries for the text:
Who values solitude?
How did the disciples think Jesus would catch up with them on the sea?
What ghosts haunt us today?  What messages do they have for us?
Why does Peter need proof?
How is the strong wind blowing today?
Who is beginning to sink now?
Who else has little faith?  What good is little faith?
What are your queeries?