Acts 2:42-47
42They devoted themselves to the apostles’ teaching and fellowship, to the breaking of bread and the prayers. 43Awe came upon everyone, because many wonders and signs were being done by the apostles. 44All who believed were together and had all things in common; 45they would sell their possessions and goods and distribute the proceeds to all, as any had need. 46Day by day, as they spent much time together in the temple, they broke bread at home and ate their food with glad and generous hearts, 47praising God and having the goodwill of all the people. And day by day the Becoming One added to their number those who were being saved. 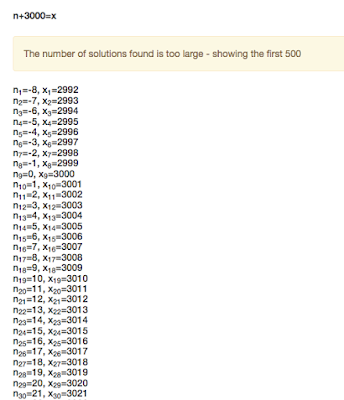 36“Therefore let the entire house of Israel know with certainty that God has made Them both Leader and Anointed, this Jesus whom you crucified.”


37Now when the crowd heard this, they were cut to the heart and said to Peter and to the other apostles, “Kindred, what should we do?”

38Peter said to them, “Repent, and be baptized every one of you in the name of Jesus Christ so that your sins may be forgiven; and you will receive the gift of the Holy Spirit. 39For the promise is for you, for your children, and for all who are far away, everyone whom the Becoming One our God calls to Them.” 40And Peter testified with many other arguments and exhorted them, saying, “Save yourselves from this corrupt generation.” 41So those who welcomed his message were baptized, and that day about three thousand persons were added.

Queeries for the text:
What is missing?
Who is leading today?
What happens when hearts are cut?
Who are your kindred?
What is the promise?
Who is far away?
What in this generation is (not) corrupt?  ...Anything? Acts 2:14a, 22-32
14But Peter, standing with the eleven, raised his voice and addressed the crowd in Jerusalem,

22“You people of Israel, listen to what I have to say:
Jesus of Nazareth, one attested to you by God with deeds of power, wonders, and signs that God did through him among you, as you yourselves know— 23this man, handed over to you according to the definite plan and foreknowledge of God, you crucified and killed by the hands of those outside the law. 24But God raised them up, having freed them from death, because it was impossible for them to be held in its power. 25For David says concerning them, ‘I saw the Becoming One always before me, for They are at my right hand so that I will not be shaken; 26therefore my heart was glad, and my tongue rejoiced; moreover my flesh will live in hope. 27For you will not abandon my soul to Sheol, or let your Holy One experience corruption. 28You have made known to me the ways of life; you will make me full of gladness with your presence.’

29“You people and kindred, I may say to you confidently of our ancestor David that he both died and was buried, and his tomb is with us to this day. 30Since he was a prophet, he knew that God had sworn with an oath to him that They would put one of his descendants on the throne. 31Foreseeing this, David spoke of the resurrection of the Messiah, saying, ‘They were not abandoned to Sheol, nor did their flesh experience corruption.’ 32This Jesus God raised up, and of that all of us are witnesses. ...

Queeries for the text:
What's missing?
When is this taking place?
How does God's "definite plan and foreknowledge" of the crucifixion comfort?  How does it disturb?
How might antisemitism be read into this text?  How does Peter's second naming of the crowd challenge that interpretation?
What is the difference between Sheol and Hades?
Is David saying the same thing two different ways?
Whose hands are outside the law?


Queeries for the text:
Who is the main character in this story?
Why was this creation narrative chosen?
Where is human's responsibility today?


Queeries for the text:
What visceral feelings emerge when you hear this text?
Does this text show certain character(s) as unquestionably good?  How can different viewpoints complicate that?
Could you sing the song of Moses after seeing so many people die?
What horrifies you about this story?


Queeries for the text:
How does this utopian vision feel in an era of social distancing and CoViD-19?
What parts of our economic system do you want to change after reading this?
Does God care about the people who cannot afford to eat?
How are God's people remedying that?

Queeries for the text:
How hot was the fire to kill people outside of it?
What kind of spiritual development does Nebuchadnezzar show in this text, if any?
Who went along and didn't ask questions or create difficulties for Nebuchadnezzar?  What might the parallels to today be?


Queeries for the text:
How does the world feel unstable today?
What is as shocking as lightning to us?
What happened to the guards after this?
What is with Jesus and Their feet?
What's going to happen in Galilee?


Queeries for the text:
How does Mary's fear about Jesus' body resonate in our context?
Who rolls up linen wrappings?
How are belief and understanding different?
What is the power of Naming?

When Jesus, the disciples, and the crowd had come near Jerusalem and had reached Bethphage, at the Mount of Olives, Jesus sent two disciples, 2saying to them, “Go into the village ahead of you, and immediately you will find a donkey tied, and a colt with her; untie them and bring them to me. 3If anyone says anything to you, just say this, ‘The Commander needs them.’ And they will send them immediately.”

4This took place to fulfill what had been spoken through the prophet, saying, 5“Tell the daughter of Zion, look, your ruler is coming to you, humble, and mounted on a donkey, and on a colt, the foal of a donkey.” 6The disciples went and did as Jesus had directed them; 7they brought the donkey and the colt, and put their cloaks on them, and Jesus sat on them.

8A very large crowd spread their cloaks on the road, and others cut branches from the trees and spread them on the road. 9The crowds that went ahead of Jesus and that followed were shouting, “Hosanna to the Child of David! Blessed is the one who comes in the name of the Becoming One! Hosanna in the highest heaven!”

10When Jesus entered Jerusalem, the whole city was in turmoil, asking, “Who is this?”

11The crowds were saying, “This is the prophet Jesus from Nazareth in Galilee.”

Queeries for the text:
Who else was entering Jerusalem at that time?
How did Jesus ride on both a donkey and a colt at the same time?  Is that what everybody remembered happening?
When else do palm branches show up?
Why do we shout Hosanna?
What other kinds of palms are there?
What happens to the prophets?