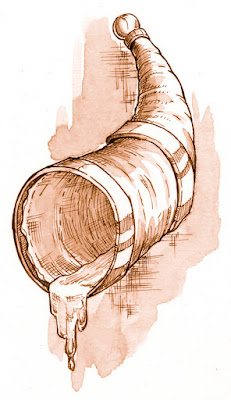 And the Becoming One said to Samuel, “How long will you grieve over Saul, since I have rejected him as king over Israel? Fill your horn with oil and set out; I am sending you to Jesse the Bethlehemite, for I have decided on one of his sons to be king.”

Samuel replied, “How can I go? If Saul hears of it, he will kill me.”

The Becoming One answered, “Take a heifer with you, and say, ‘I have come to sacrifice to the Becoming One.’ Invite Jesse to the sacrificial feast, and then I will make known to you what you shall do; you shall anoint for me the one I point out to you.”

Samuel did what the Becoming One commanded. When he came to Bethlehem, the elders of the city went out in alarm to meet him and said, “Do you come on a peaceful errand?”

Queeries for the text:
What do we fear?
Who do we ignore in society?
Who gets ignored, forgotten and canceled?
What work does society not value?
What is man?  What is human?
What external characteristics are valued by nature, or by humans?
What else happened in Ramah? 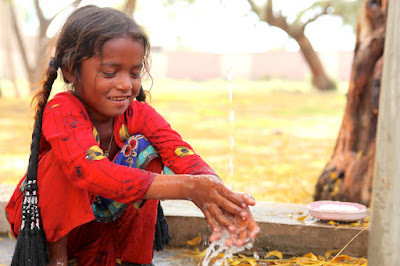 As Jesus walked along, he saw a man blind from birth. 2Jesus' disciples asked him, “Rabbi, who sinned, this man or his parents, that he was born blind?”

3Jesus answered, “Neither this man nor his parents sinned; he was born blind so that God’s works might be revealed in him. 4We must work the works of Them who sent me while it is day; night is coming when no one can work. 5As long as I am in the world, I am the light of the world.” 6When Jesus had said this, he spat on the ground and made mud with the saliva and spread the mud on the man’s eyes, 7saying to him, “Go, wash in the pool of Siloam” (which means Sent). Then the man went and washed and came back able to see.

8The neighbors and those who had seen the man before as a beggar began to ask, “Is this not the man who used to sit and beg?” 9Some were saying, “It is he.” Others were saying, “No, but it is someone like him.”

10But they kept asking him, “Then how were your eyes opened?”

11He answered, “The man called Jesus made mud, spread it on my eyes, and said to me, ‘Go to Siloam and wash.’ Then I went and washed and received my sight.”

13They brought to the Pharisees the man who had formerly been blind. 14Now it was a sabbath day when Jesus made the mud and opened the man's eyes. 15Then the Pharisees also began to ask him how he had received his sight. He said to them, “Jesus put mud on my eyes. Then I washed, and now I see.”

16Some of the Pharisees said, “This man is not from God, for he does not observe the sabbath.” But others said, “How can a man who is a sinner perform such signs?” And they were divided. 17So they said again to the blind man, “What do you say about him? It was your eyes he opened.”

The man said, “Jesus is a prophet.”

20His parents answered, “We know that this is our son, and that he was born blind; 21but we do not know how it is that now he sees, nor do we know who opened his eyes. Ask him; he is of age. He will speak for himself.” 22His parents said this because they were afraid of the Judeans; for the Judeans had already agreed that anyone who confessed Jesus to be the Messiah would be put out of the synagogue. 23Therefore his parents said, “He is of age; ask him.”

24So for the second time they called the man who had been blind, and they said to him, “Give glory to God! We know that this man is a sinner.”

25He answered, “I do not know whether he is a sinner. One thing I do know, that though I was blind, now I see.”

27He answered them, “I have told you already, and you would not listen. Why do you want to hear it again? Do you also want to become his disciples?”

28Then they reviled him, saying, “You are his disciple, but we are disciples of Moses. 29We know that God has spoken to Moses, but as for this man, we do not know where he comes from.”

30The man answered, “Here is an astonishing thing! You do not know where he comes from, and yet he opened my eyes. 31We know that God does not listen to sinners, but They do listen to one who worships them and obeys their will. 32Never since the world began has it been heard that anyone opened the eyes of a person born blind. 33If this man were not from God, he could do nothing.”

34They answered him, “You were born entirely in sins, and are you trying to teach us?” And they drove him out.

35Jesus heard that they had driven him out, and when he found the man, he said, “Do you believe in the Human One?”

36He answered, “And who are they, Captain? Tell me, so that I may believe in them.”

37Jesus said to him, “You have seen them, and the one speaking with you is the one.”

38He said, “Governor, I believe.” And he worshiped Jesus.

39Jesus said, “I came into this world for judgment so that those who do not see may see, and those who do see may become blind.”

40Some of the Pharisees near him heard this and said to him, “Surely we are not blind, are we?”

41Jesus said to them, “If you were blind, you would not have sin. But now that you say, ‘We see,’ your sin remains.”

Queeries for the text:
Why do people so often need someone to blame?
What happened when someone was isolated in that time?  What happens when someone is isolated today?
How are God's works revealed in the ones others cast off?
What is up with a pool named Sent?
Why won't the neighbors believe the truth?
What happens when people are afraid?
How might a disabled person understand this story?