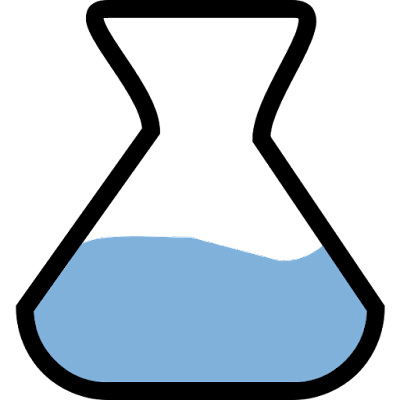 From the Wilderness of Sin the whole Israelite community continued by stages as the Becoming One would command. They encamped at Rephidim, and there was no water for the people to drink. The people quarreled with Moses. “Give us water to drink,” they said; and Moses replied to them, “Why do you quarrel with me? Why do you try the Becoming One?”And the people thirsted there for water; and the people grumbled against Moses and said, “Why did you bring us up from Egypt, to kill us and our children and livestock with thirst?” Moses cried out to the Becoming One, saying, “What shall I do with this people? Before long they will be stoning me!” Then the Becoming One said to Moses, “Pass before the people; take with you some of the elders of Israel, and take along the rod with which you struck the Nile, and set out. I will be standing there before you on the rock at Horeb. Strike the rock and water will issue from it, and the people will drink.” And Moses did so in the sight of the elders of Israel. The place was named Massah and Meribah, because the Israelites quarreled and because they tried the Becoming One, saying, “Is the Becoming One present among us or not?”


5So Jesus came to a Samaritan city called Sychar, near the plot of ground that Jacob had given to his son Joseph. 6Jacob’s well was there, and Jesus, tired out by his journey, was sitting by the well. It was about noon. 7A Samaritan woman came to draw water, and Jesus said to her, “Give me a drink.” 8(Jesus' disciples had gone to the city to buy food.)

9The Samaritan woman said to Jesus, “How is it that you, a Jewish man, ask a drink of me, a woman of Samaria?” (Jewish people do not share things in common with Samaritans.)

10Jesus answered her, “If you knew the gift of God, and who it is that is saying to you, ‘Give me a drink,’ you would have asked them, and they would have given you living water.”

11The woman said to Jesus, “Captain, you have no bucket, and the well is deep. Where do you get that living water? 12Are you greater than our ancestor Jacob, who gave us the well, and with his sons and his flocks drank from it?”

15The woman said to him, “Captain, give me this water, so that I may never be thirsty or have to keep coming here to draw water.”

16Jesus said to her, “Go, call your husband, and come back.”

17The woman answered him, “I have no husband.”

Jesus said to her, “You are right in saying, ‘I have no husband’; 18for you have had five husbands, and the one you have now is not your husband. What you have said is true!”

19The woman said to him, “Captain, I see that you are a prophet. 20Our ancestors worshiped on this mountain, but you say that the place where people must worship is in Jerusalem.”

21Jesus said to her, “Woman, believe me, the hour is coming when you will worship the Father neither on this mountain nor in Jerusalem. 22You worship what you do not know; we worship what we know, for salvation is from the Jews. 23But the hour is coming, and is now here, when the true worshipers will worship the Father in spirit and truth, for the Father seeks such as these to worship him. 24God is spirit, and those who worship him must worship in spirit and truth.”

25The woman said to him, “I know that Messiah is coming” (who is called Christ). “When he comes, he will proclaim all things to us.”

27Just then his disciples came. They were astonished that he was speaking with a woman, but no one said, “What do you want?” or, “Why are you speaking with her?” 28Then the woman left her water jar and went back to the city. She said to the people, 29“Come and see a man who told me everything I have ever done! He cannot be the Messiah, can he?” 30They left the city and were on their way to him.

31Meanwhile the disciples were urging him, “Rabbi, eat something.”

32But he said to them, “I have food to eat that you do not know about.”

33So the disciples said to one another, “Surely no one has brought him something to eat?”

34Jesus said to them, “My food is to do the will of the one who sent me and to complete Their work. 35Do you not say, ‘Four months more, then comes the harvest’? But I tell you, look around you, and see how the fields are ripe for harvesting. 36The reaper is already receiving wages and is gathering fruit for everlasting life, so that sower and reaper may rejoice together. 37For here the saying holds true, ‘One sows and another reaps.’ 38I sent you to reap that for which you did not labor. Others have labored, and you have entered into their labor.”

39Many Samaritans from that city believed in Jesus because of the woman’s testimony, “They told me everything I have ever done.”

40So when the Samaritans came to Jesus, they asked him to stay with them; and Jesus stayed there two days. 41And many more believed because of his word. 42They said to the woman, “It is no longer because of what you said that we believe, for we have heard for ourselves, and we know that this is truly the Savior of the world.”

Queeries for the text:
What happened at Jacob's well?  Why isn't Genesis the Tanakh reading for this day?
Why is the woman coming to get water in the heat of the day?
What assumptions are made about Jesus' sexuality in this passage?  What about the woman's sexuality?
What happens if the "the one you have now" is not your husband, because they're not a man?
What is living water?
What astonishes you?
Why do the Samaritans from that city need more proof than a woman's word?