Remembering Pulse: Words at a Vigil 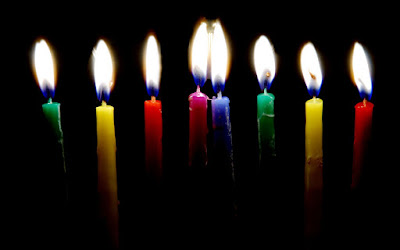 Below are my words from the Pulse Vigil that took place this evening at The Blazing Saddle in Des Moines.  I was one of three speakers and simultaneous translation and interpretation were provided in Spanish and ASL, so I only have the English below.

Today, my queerly beloved, we gather on land originally inhabited by the Ioway, Sauk, and Meskwaki peoples to remember violence perpetrated on the land of the Seminole people.

The attack on Pulse night club on Latinx night was a decidedly “American” attack—born from a country that weds the dominant religious ideology and white supremacy.  This country combines the evils of racism and queer- and transphobia and in recent years has been even more explicitly encouraging them.

The ways this country has historically and still today perpetuated and even created newly horrific forms of racism, queerphobia and transphobia, especially under the name of Christianity and “religious freedom” are sin.  Racism is sin.  White supremacy is sin.  Queerphobia is sin.  Transphobia is sin.  Heterosexism and cisgenderism are sin.

Just as immigration and the evils of ICE and Border Patrol don’t just impact those living along the borders, what happened at Pulse is not restricted to Orlando.  White supremacists and neo Nazis have been physically disrupting Prides this year.  In recent months we have heard again of Black trans women being killed in Dallas, of yet another Latina trans woman dying in detention while seeking asylum, and this is all to say nothing of the murders that don’t make our news.

And so we gather.

Again and again we gather.

We gather to support and encourage each other.
We gather to remember the lives we have lost—the ones unjustly taken from us.
We gather to challenge the powers and principalities that seek to do harm—to oppress, divide, and diminish especially the most marginalized among us.

In my Lutheran tradition, when someone is baptized or confirmed—recommitting themselves to their faith journey—we celebrate and we also make space to renounce the forces that divide and harm us and the world.  So, if you are willing, please join me when appropriate by responding to my questions with “I renounce them.”  Not every renunciation will apply to each one of us gathered here, but especially when it comes to systems and powers that you benefit from or that you want tonight to commit to challenging, please join in the renunciation.  The decision is entirely yours to do as you feel moved.

Recommitting ourselves to the work of justice, of love, and of peace takes all of us—calling each other in when we mess up, supporting and carrying each other when we cannot go it alone, ensuring the most vulnerable among us are safe and centered in the work we do, and also celebrating both when there are victories and when the victory is simply that we are still here to fight another day—celebrating even in the face of those who would seek to harm us.

So, to you my queerly beloveds,
who come from the rich, nourishing dirt of the earth
and the brilliant, sparkling stardust scattered throughout the cosmos
you, who bear the divine image, love, and wonder in all of who you are,
and in all of who you are becoming:
May you remember and work to honor those no longer with us—
from the early resisters, rioters, and brick throwers
like Sylvia Rivera and Marsha P. Johnson
to those whose lives were taken at Pulse
to those who are killed still today—
may your living do them justice and honor them
May you know that you are loved—oh so very loved—
that you are lovable,
and that you are capable of so much love.
May you know sacred spaces throughout your life—
from queer bars to faith communities,
from parks and coffee shops to gardens and shelters.
May you always know that you belong,
that you are valid,
and that your existence in the world is important.
Amen.
Posted by Rev. Emily E. Ewing at 10:04 PM