Queerying 3rd after Epiphany A 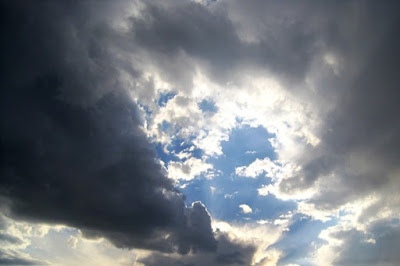 The people that walked in darkness have seen a brilliant light; on those who dwelt in a land of gloom light has dawned.
You have magnified that nation, have given it great joy; they have rejoiced before you as they rejoice at reaping time, as they exult when dividing spoil.
For the yoke that they bore and the stick on their back— the rod of their taskmaster— you have broken as on the day of Midian. Truly, all the boots put on to stamp with and all the garments donned in infamy have been fed to the flames, devoured by fire.

Queeries for the text:
How is this text different if the first verse reads, "The people who walked in light have seen a calming darkness; on those who dwelt in a land of brightness, dusk and fallen?"
Does light exist without darkness?
How do you magnify a nation?
Who rejoices at reaping time?
When did the rod of their taskmasters get broken?
What garments were donned in infamy?
Why are the garments devoured by fire?

12Now when Jesus heard that John had been arrested, he withdrew to Galilee. 13He left Nazareth and made his home in Capernaum by the sea, in the territory of Zebulun and Naphtali, 14so that what had been spoken through the prophet Isaiah might be fulfilled: 15“Land of Zebulun, land of Naphtali, on the road by the sea, across the Jordan, Galilee of the Gentiles— 16the people who sat in darkness have seen a great light, and for those who sat in the region and shadow of death light has dawned.” 17From that time Jesus began to proclaim, “Repent, for the reign of heaven has come near.”

18As he walked by the Sea of Galilee, he saw two brothers, Simon, who is called Peter, and Andrew his brother, casting a net into the sea—for they were fishermen. 19And he said to them, “Follow me, and I will make you fish for people.” 20Immediately they left their nets and followed him. 21As he went from there, he saw two other brothers, James son of Zebedee and his brother John, in the boat with their father Zebedee, mending their nets, and he called them. 22Immediately they left the boat and their father, and followed him.
23Jesus went throughout Galilee, teaching in their synagogues and proclaiming the good news of the kingdom and curing every disease and every sickness among the people.