Queerying 2nd after Epiphany A 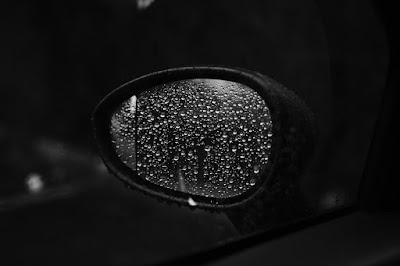 Listen, O coastlands, to me, and give heed, O nations afar: the Becoming One appointed me before I was born, She named me while I was in my parent’s womb. She made my mouth like a sharpened blade, She hid me in the shadow of Her hand, and She made me like a polished arrow; She concealed me in Her quiver. She said to me, “You are my servant, Israel in whom I glory.” I thought, “I have labored in vain, I have spent my strength for empty breath.” But my case rested with the Becoming One, my recompense was in the hands of my God.

Now the Becoming One has resolved—She who formed me in the womb to be Her servant—to bring back Jacob to Herself, that Israel may be restored to Her. I have been honored in the sight of the Becoming One, my God has been my strength. For She has said: “It is too little that you should be my servant in that I raise up the tribes of Jacob and restore the survivors of Israel: I will also make you a light of nations, that My salvation may reach the ends of the earth.”

Thus said the Becoming One, the Redeemer of Israel, her Holy One, to the despised one, to the abhorred nations, to the slave of rulers: kings shall see and stand up; nobles, and they shall prostrate themselves—to the honor of the Becoming One, who is faithful, to the Holy One of Israel who chose you.

Queeries for the text:
What naming customs might the Becoming One use?
Who else does God hide with her hand?
What else is in God's quiver? What might be a different metaphor for use today?
What might it mean to labor in vain?
Who might be restored today? Who are the survivors today?
Who or what is the darkness of the nations? How is darkness a gift?
What other scripture passages does this text bring up in your mind? 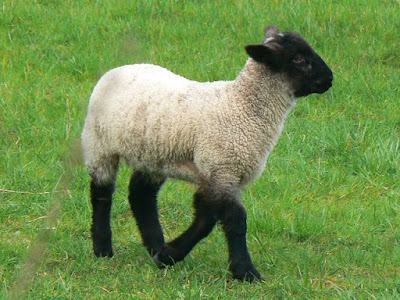 29The next day John saw Jesus coming toward him and declared, “Here is the Lamb of God who takes away the sin of the world! 30This is the one of whom I said, ‘After me comes one who ranks ahead of me because they were before me.’ 31I myself did not know him; but I came baptizing with water for this reason, that this one might be revealed to Israel.”

32And John testified, “I saw the Spirit descending from heaven like a dove, and it remained on him. 33I myself did not know this one, but the one who sent me to baptize with water said to me, ‘The one on whom you see the Spirit descend and remain is the one who baptizes with the Holy Spirit.’ 34And I myself have seen and have testified that this is the Child of God.”

35The next day John again was standing with two of his disciples, 36and as he watched Jesus walk by, he exclaimed, “Look, here is the Lamb of God!”

37The two disciples heard John say this, and they followed Jesus. 38When Jesus turned and saw them following, he said to them, “What are you looking for?”

They said to Jesus, “Rabbi” (which translated means Teacher), “where are you staying?”

39Jesus said to them, “Come and see.” They came and saw where Jesus was staying, and they remained with him that day. It was about four o’clock in the afternoon. 40One of the two who heard John speak and followed Jesus was Andrew, Simon Peter’s brother. 41Andrew first found his brother Simon and said to him, “We have found the Messiah” (which is translated Anointed).

42He brought Simon to Jesus, who looked at Simon and said, “You are Simon son of John. You are to be called Cephas” (which is translated Peter).


Queeries for the text:
The next day after what?
Why did John not know Jesus?
What do we testify to?
Is John trying to get rid of followers?
Was where Jesus was staying really that enticing?
Why does the time of day matter?
Why do we use Peter's translated name and not "Anointed" for Messiah?