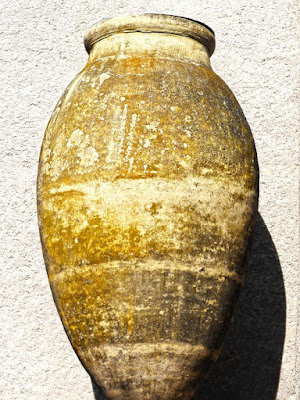 The word which came to Jeremiah from the Becoming One in the tenth year of King Zedekiah of Judah, which was the eighteenth year of Nebuchadrezzar. At that time the army of the king of Babylon was besieging Jerusalem, and the prophet Jeremiah was confined in the prison compound attached to the palace of the king of Judah. For King Zedekiah of Judah had confined him,
------
Jeremiah said: The word of the Becoming One came to me:

Hanamel, the son of your uncle Shallum, will come to you and say,
“Buy my land in Anathoth, for you are next in succession to redeem it by purchase.”
And just as the Becoming One had said, my cousin Hanamel came to me in the prison compound and said to me,
“Please buy my land in Anathoth, in the territory of Benjamin; for the right of succession is yours, and you have the duty of redemption. Buy it.”
Then I knew that it was indeed the word of the Becoming One. So I bought the land in Anathoth from my cousin Hanamel. I weighed out the money to him, seventeen shekels of silver.I wrote a deed, sealed it, and had it witnessed; and I weighed out the silver on a balance. I took the deed of purchase, the sealed text and the open one according to rule and law, and gave the deed to Baruch son of Neriah son of Mahseiah in the presence of my kinsman Hanamel, of the witnesses who were named in the deed, and all the Judeans who were sitting in the prison compound.  In their presence I charged Baruch as follows:
Thus said the Ruler of Angel Armies, the God of Israel: “Take these documents, this deed of purchase, the sealed text and the open one, and put them into an earthen jar, so that they may last a long time.”
For thus said the God of Angel Armies, the God of Israel: “Houses, fields, and vineyards shall again be purchased in this land.”

Queeries for the text:
What is missing from this reading?
When did this happen? What did the world look like?
Who is confined?
Where is Anathoth?
When can prisoners buy and sell today?
How long do earthen jars last?
When were houses, fields and vineyards again purchased in the land? Who remained in the land? 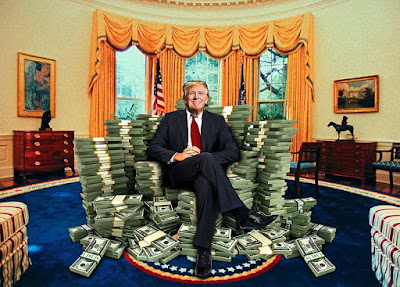 Jesus said:
19“There was a rich man who was dressed in purple and fine linen and who feasted sumptuously every day. 20And at his gate lay a poor man named Lazarus, covered with sores, 21who longed to satisfy his hunger with what fell from the rich man’s table; even the dogs would come and lick his sores.

22The poor man died and was carried away by the angels to be with Abraham. The rich man also died and was buried. 23In Hades, where he was being tormented, he looked up and saw Abraham far away with Lazarus by his side.

24He called out, ‘Father Abraham, have mercy on me, and send Lazarus to dip the tip of his finger in water and cool my tongue; for I am in agony in these flames.’

25But Abraham said, ‘Child, remember that during your lifetime you received your good things, and Lazarus in like manner evil things; but now he is comforted here, and you are in agony. 26Besides all this, between you and us a great chasm has been fixed, so that those who might want to pass from here to you cannot do so, and no one can cross from there to us.’

27He said, ‘Then, father, I beg you to send him to my father’s house— 28for I have five brothers—that he may warn them, so that they will not also come into this place of torment.’

29Abraham replied, ‘They have Moses and the prophets; they should listen to them.’

30He said, ‘No, father Abraham; but if someone goes to them from the dead, they will repent.’

31He said to him, ‘If they do not listen to Moses and the prophets, neither will they be convinced even if someone rises from the dead.’”

Queeries for the text:
What did we skip?  Why?
What is with Jesus and all the rich folks?!
What's so great about purple?
What does the name Lazarus mean? Why is the name important?
What impact do dogs have?
Why does the rich man still think he can get what he wants?
Is the after life zero-sum?
What will it take for true repentance from evil?