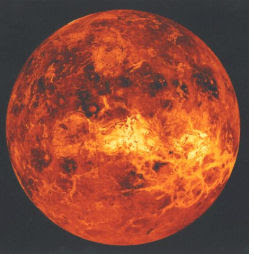 The conduct of my poor people is like searing wind from the bare heights of the desert—
It will not serve to winnow or to fan. A full blast from them comes against me: Now I, in turn, will bring charges against them.
-------
For my people are stupid, they give me no heed; they are foolish children,  they are not intelligent. they are clever at doing wrong and unable to do right. I look at the earth, it is unformed and void; at the skies, their light is gone. I look at the mountains, they are quaking, and all the hills are rocking. I look: no human is left, and all the birds of the sky have fled. I look: the farmland is desert, and all its towns are in ruinó Because of the Becoming One, because of zir blazing anger. For thus said the Becoming One: the whole land shall be desolate, but I will not make an end of it. For this the earth mourns, and skies are dark aboveó because I have spoken, I have planned, and I will not relent or turn back from it.

Queeries for the text:
Where is the heat coming from? Why is it the humans' fault?
What charges might God bring against humans today?
What is missing from the assigned text?
Is the speaker justified in using ableist slurs? Why or why not?
Where else are white humans unable to do right?
What does it mean to be unformed and void?
Where did the humans go? 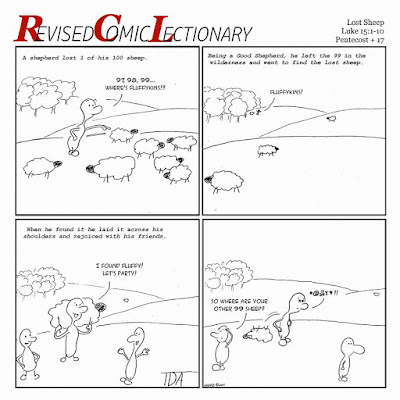 were coming near to listen to Jesus.
2And the Pharisees and the scribes were grumbling and saying,
“This fellow welcomes 'those people' and eats with them.”
3So Jesus told them this parable:

Queeries for the text:
What did we skip?  What does the RCL have against salt?
What kind of nonsense is leaving 99 perfectly good sheep to find the one sheep that might already be killed and eaten?
Why would you throw a party costing more than the lost sheep?
Did the sheep repent? Or was it the shepherd?  Can sheep repent?  Can coins?
How much is a silver coin worth?  Who would search for the lost?
How do you lose one coin out of ten?
Why spend the found coin—and perhaps more—on a party?
How do we anthropomorphize what is not human or not alive?
Who is lost?  How?